Farmers are all too aware of extreme weather, having to cope with drought, flooding, or heavy snow, and the impact on business and livelihoods. Even today with highly globalized agricultural markets, poor weather, and poor crop-producing conditions in Brazil, the US or another major crop producing country can have significant impacts elsewhere. Drought in the US Corn Belt during 2013-2014 has had significant global impact on commodity prices, whilst drought in California during 2014 led to a tightening of supplies of fruit and vegetables on the North American market.

The climate has always varied through time. In warmer periods in the past, the Romans grew grapes and produced wine in the north of Britain, in places you would not dream of growing vines today. However by the thirteenth century the climate was changing; cooler, wetter summers, and colder winters led to the onset of the Little Ice Age. Climatic change in this period began a movement in England from crop production to more pastoral farming—which also had dramatic social implications as people were forced off the land to make way for sheep.

The climate is not the same as the weather—the climate is the long term trends and patterns within the weather, and long-term recording and monitoring tells us that the climate does change, and is changing at this present time. The global average temperature has risen significantly since 1900 (although this rise may have stalled during the last decade). Climate change has the potential to negatively impact food production at a time when population growth, economic growth and urbanization are placing greater and greater demands on global food producing systems.

Warming, however, is not an even process; some areas of the globe will warm faster than others, whilst paradoxically some regions may actually cool in the short term. Thus the term “global warming” is appropriate at a global level, but “climate change” is more appropriate at a regional level.

How is climate change affecting BC agriculture?

In 2012, a report for the BC Agriculture Council’s Climate Action Initiative (CAI) looked at the implications of climate change for BC agriculture, and the risks and opportunities associated with it.

In BC climate change is leading to an upward shift in the coolest winter temperatures—it is getting less cold in winter, rather than getting hotter in summer. The average number of frost-free days is predicted to increase by an average of 20 days by 2050 compared to a baseline period of 1961-1990. The CAI report notes that warming in BC is likely to be faster in the north of the province than in the south. It is also likely that because of the influence of the Pacific Ocean, warming will be greater inland rather than on the coast. One middle range scenario for BC is that temperatures will become on average one degree warmer during the growing season from 2010-2039, compared to a baseline of temperatures during 1971-2000. This will lead to a longer growing season, with the area of the province having a growing season of over 170 days, almost doubling from 7.6% to 16.2%.

Averages give an important illustration of trends; however, it is the weather extremes which pose the greatest threat to agricultural producers. Current trends show the climate becoming more unpredictable, with more extreme weather events such as drought or flooding causing disruption to agricultural production and markets. Cropping systems can be more sensitive to the extremes than to the average, which could offset any advantages conferred by a warmer average temperature on crop growth.

These weather events are difficult to anticipate and to plan a course of action to minimize the losses to production. A late frost in the spring—disrupting the pollination of fruit crops or waterlogging fields at critical periods—may be impossible to plan for.

Drought affected BC in 2007, whilst in 2010/2011 extreme rainfall before harvest led to significant losses for vegetable producers in the Fraser Valley. There is an emerging trend of heavy rainfall events in spring, followed by extreme wet or drought events in the summer. Wet weather events combined with increased glacial melt will disrupt agricultural production and other activities through flooding.

A warmer climate could potentially lead to more pest and disease problems, as well as the invasive spread of pests and disease from warmer regions.

Adaptation to climate change is a strategy to reduce the adverse effects of climate change itself, and to moderate the risks, whilst at the same time capturing potential opportunities and benefits. This is distinct from mitigation, which aims to influence the climate itself through a reduction in carbon dioxide emissions or other measures.

Farming systems must have the “adaptive capacity” to cope. This is the presence of sufficient resources to cope with an event, along with the ability to mobilize these resources. This can be at the farm level or beyond, with government agencies and business bodies all playing a role within a collaborative and transparent approach.

At a practical level this may be the capacity to store water for the event of a drought or indeed the necessary financial resources within a farm business to be able to survive the loss of a crop, or an unexpected rise in input prices. One consequence for farm management would be an increased emphasis on using risk management tools such as crop insurance; futures markets and strategies for diversification.

The physical resources available will determine the options available for farmers and other decision makers in adaptation. What is apparent is that some of the biggest impacts of the continuation of current climate trends will be on less developed and emerging nations which may not be as resilient to a changing climate as more developed nations. At a global level we may see shifts in agricultural trading patterns, as production moves away from less favourable climatic zones. This of course places an even bigger responsibility on more developed nations to maintain their food production capacity.

What does all this mean at the farm level?

Management measures would include growing different crops or a different rotation to suit the warmer climate, in other words changing the farming system. Stanford University has conducted research on the impact of climate change on European crop farming, and has found that corn has a greater potential to adapt to rising temperatures and extremes, compared with wheat and barley. Building resilience or the resources to cope with extreme events is critical. Water is a key, and perhaps the most important resource in building better resilience to crop farming systems.

A 2006 report, “Technologies for Adaption to Climate Change” by the United Nations Framework Convention on Climate Change, cites five strategies for adaption in agriculture:

The application of new technology can be used to speed up adaptation. For example, precision agricultural technology can be applied to make the best use of scarce resources. New and improved irrigation technology may be needed to make the best use of water resources. Improved drainage systems will be needed to mitigate the impact of flooding events. Research into crop protection can be applied to keep up to date on more rapidly emerging crop disease and pest threats. Increased use of thermal screens and temperature controls within greenhouses may be required, in order to protect crops from heat stress.

Other technical measures would include breeding new varieties more resistant to drought, and other emerging disease threats. Recent work by plant breeders in the UK has looked at the development of wheat varieties more resistant to flooding. There is an on-going and fierce debate about the role of genetically modified crops in adaption, with many proponents arguing that the technique is a means to more quickly develop crops suitable to new and changing climatic conditions. However, GM is still distrusted by consumers in many countries, and there is strong opposition from a number of NGOs. Regardless of the technology used, there is clear need for new varieties to cope with the extremes of drought, wet periods, extremes of temperature and salinity expected as a result of climate change. Drought tolerant GM maize is now being grown in the US, and is undergoing field trials in Kenya, South Africa and Uganda. On the other hand, conventional plant breeders have been developing and testing varieties of wheat resistant to flooding in the UK.

Infrastructure measures would include better water storage capacity, not just at the farm level; but on a regional or national level. Better modelling of supply and demand for water can improve the efficiency of distribution. Better communication systems to inform farmers about emerging crop protection threats will be important. The timely dissemination of information will be critical, and made possible by the application of new technology.

Climate change is an uncertain process that will make agricultural planning and management more complex; however, as the BC report points out, adaptation to climate change is about taking action with the best information available at the time. Information and monitoring will be critical, with producers learning from new experiences and putting flexible production systems into practice.

[infobox title=’Jonathan Lloyd, Agricultural Consultant, Farmlytics’]Jonathan Lloyd is an experienced independent agricultural consultant and researcher, with a PhD in Agricultural Economics. He has previously written profiles on the Canadian livestock sector, covering production and demand for meat and dairy products along with trends in cattle, pig and poultry numbers. Jonathan has also been involved in consultancy projects on a wide range of agricultural topics, and for a range of clients, including large agricultural supply businesses.[/infobox] 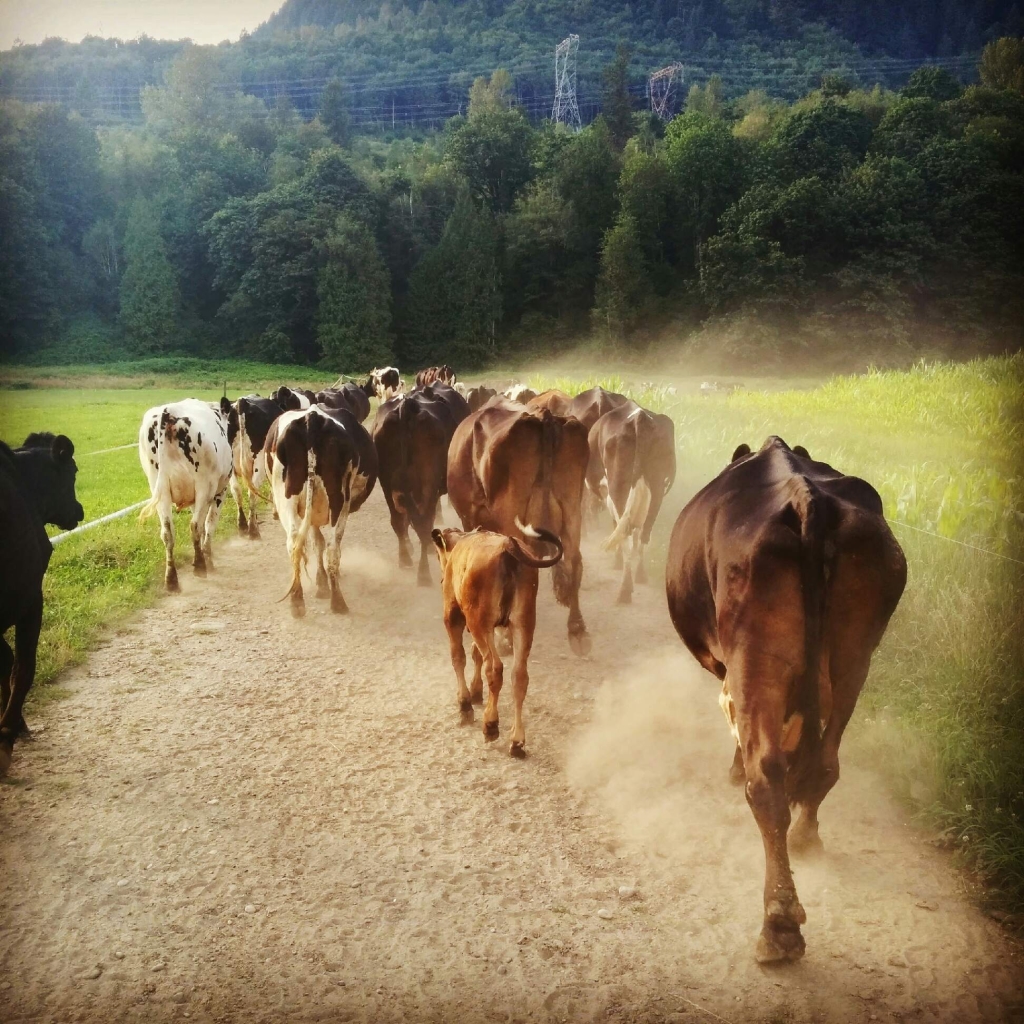 With temperatures expected to soar in the Fraser Valley in the coming days, we turn to an article…
byCate Pedersen 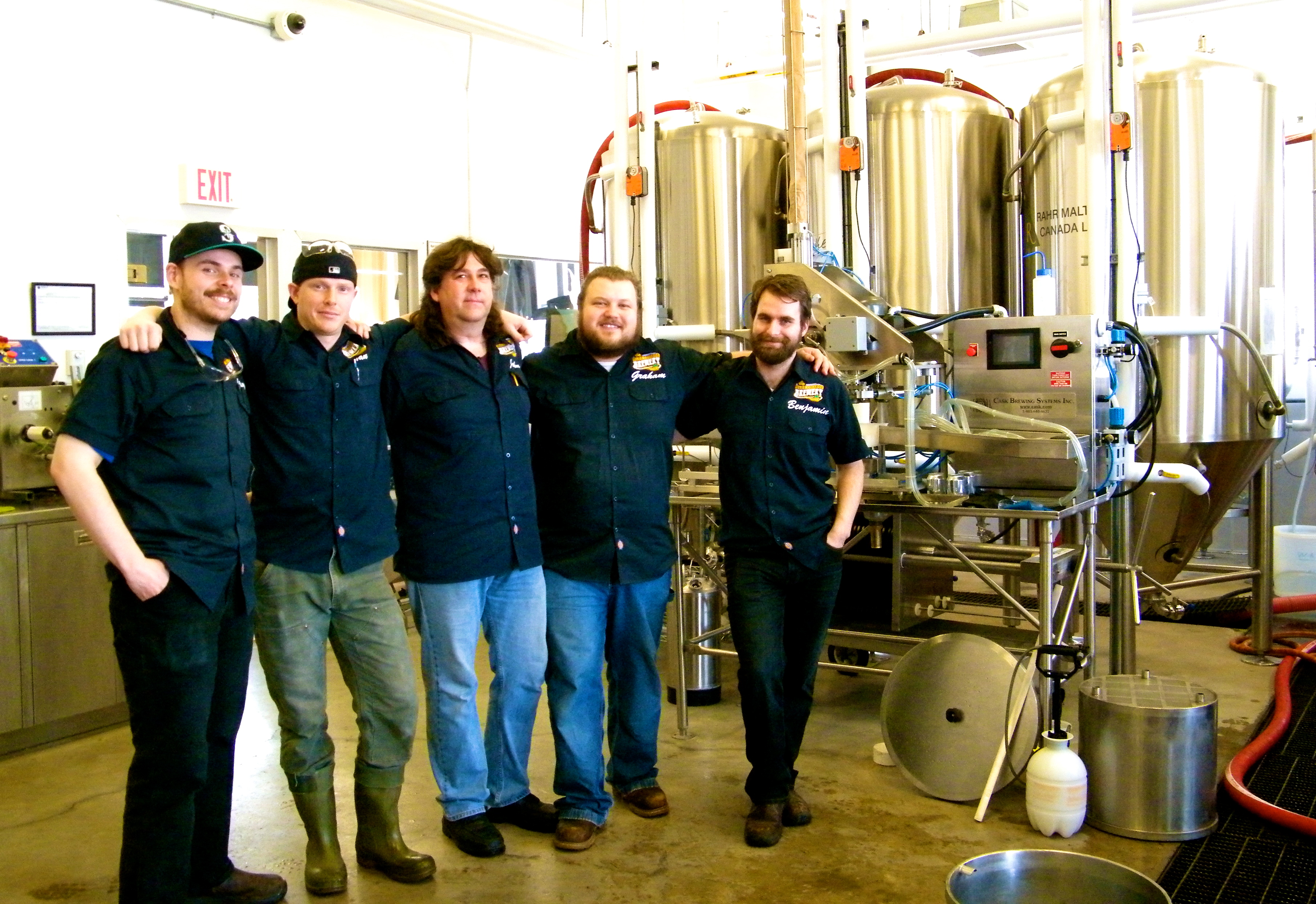