Economic growth in China is expected to slow to 7% in 2015, compared with 7.4% in 2014, and an average of over 10% for the last decade. Trade performance is also slowing down; China’s exports for January 2015 were 3.3% down from January 2014, whilst imports were 19.9% down. China’s demographic changes and ageing population means fewer people will be entering the workforce; thus economic growth is unlikely to return to the spectacular levels of the last decade.
An important question for agricultural exporters is, will slower economic growth in China slow demand for agricultural products on world markets? In addition, to what extent will domestic production be able to keep up with domestic demand?

China’s role in agriculture trade
Chinese agricultural policies are changing rapidly. Since the 1970s central planning and taxation of agriculture has been replaced by promoting a more open economy, along with support for agriculture. China joined the World Trade Organization (WTO) in 2001, committing to trade liberalization, and since then agricultural imports have grown significantly—driven by economic growth, urbanization, and changing consumer preferences. In 2013, according to WTO figures, agricultural products represented 8.5% of total imports, and 3.2% of total exports. Significant agricultural imports are soybeans, cereals and cereal flour, and fresh or dried fruit and nuts. China is a major exporter of aquatic products and rice.

According to the USDA, total Chinese agricultural imports were worth USD 205.6 billion in 2012, up 9% from 2011. The largest import partner was the US which accounted for 19.6%, followed by Brazil (9.4%), and Japan (6.7%). Canada was the number seven importer, accounting for 4.1% of agricultural imports by value.

Tariffs on agricultural imports remain high—in 2013 tariffs on agricultural goods were 15.6% compared with 9.0% for non-agricultural goods. Many trade and phyto-sanitary barriers remain; for example, the import of meat from animals treated with the beta-angonist growth promoter ractopamine is banned. The regulations do not preclude meat imports from countries such as Canada which allow the use of the drug, however suppliers approved for export to China must not use meat from ractopamine treated animals. Shipments are regularly tested, and positive tests in meat sourced from the US led China to block pig meat imports from a number of US processors during 2014. There is little sign that these regulations will change despite pressure from the US.

Growth in livestock sector
An important trend, as incomes have grown, has been a higher demand for animal protein products; the Chinese livestock sector has expanded accordingly. Pork is a staple of the Chinese diet, and China is the world’s largest pork producer and consumer. Pig meat consumption per capita is rising, although its total share of the market is declining as Chinese consumers opt for more beef and poultry meat. The Chinese pig population grew from 393 million head in 1994 to 474 million head in 2014. According to the Food and Agriculture Organization of the United Nations (FAO) figures, China accounts for nearly half of the world’s pigs and pig meat production. Pig meat production has risen from 32.05 million MT in 1994 to 57.4 million MT in 2014. The government buys and sells reserves of frozen pork in order to limit price volatility for households and pig meat producers. Productivity is low by international standards, and imports of pig meat have risen from nothing in 1994 to 800,000 MT in 2014; and is expected to rise again in 2015 to a record 1 million MT. The majority is coming from Brazil and the US; however, there are also imports from the EU and from Canada.

According to the Irish Food Board, Bord Bia, 90% of Chinese milk consumption takes place in cities. Urbanization is expected to continue, with 77% of the population living in cities by 2050, compared with 52% today. All the evidence suggests that, despite high profile food safety scandals such as melamine contamination of infant formula and slower economic growth, Chinese dairy consumption will continue to grow. There has been significant foreign investment in the dairy sector—with global players such as New Zealand producer group Fonterra partnering with domestic companies in order to build commercial dairy operations in China.

Demand for animal feed affects market
Only 13.5% of China’s land mass is cultivated, and this is mostly in the east and central regions, with the west of the country dominated by grassland and desert. Lack of arable land and soil degradation are important constraints on crop production. China is not self-sufficient in animal feed, and rapid livestock expansion could not have been possible without feed imports. The fast growth of larger scale, modern animal production operations is driving increased demand for industrially produced animal feed. Soybean imports to China rose from just 155,000 MT in 1994 to 74 million MT in 2014. Domestic feed use of soybean meal has risen from just 5.7 million MT in 1994 to 56.4 million MT in 2014. The Chinese animal feed sector is set up to process imports—with 78% of soybean crushing plants being located in the coastal regions to facilitate the crushing of imports.

Much of this has come from Brazil, and a developing trade relationship with the Latin American region. Agricultural trade between China and Latin America and the Caribbean has jumped by more than six times in the past decade. High demand for soybeans on world markets has led to farmers in Argentina switching from beef production to cropping, impacting on Argentine domestic beef prices and supplies. Thus, the Chinese demand for animal protein has been having significant global impacts within the world trading system, and Chinese consumers have become an engine for growth in demand for agricultural products.

Despite proportionally large numbers, much of Chinese livestock production is still on a small scale or subsistence basis. This is changing rapidly due to foreign investment, and partnering of foreign investors with domestic firms. The Chinese government is investing heavily in agricultural research and extension in order to boost domestic food production. The Chinese Academy of Sciences report that in 2005 11% of Chinese dairy farms were considered “scale” production or to be large scale, whilst by 2015 this figure is expected to rise to 38%. The number of large scale swine farms is expected to rise from 16% in 2005 to 50% in 2015, whilst large scale poultry farms will rise from 66% to above 92%.

Diet and lifestyle influences
Chinese consumers are adopting a more western diet. Dairy consumption is traditionally very low—there is a high level of lactose intolerance within the population, and many Chinese consumers are put off at the thought of drinking whole milk (often preferring powdered milk). According to the FAO’s latest data, in 2011 the average Chinese consumer drank 31.1 kg of milk per annum, compared to a figure of 80.4 kg for India, and 218.4 kg for Canada. Tastes and accessibility are changing quickly, and Chinese per capita milk consumption has tripled since 2001. The USDA reports that Chinese imports of “dry, whole milk powder” rose from 41,000 MT in 2001 to 680,000 MT in 2014. The current forecast for 2015 is for imports to reach 600,000 MT; the bulk of this is expected to come from New Zealand and the United States.

A major factor affecting the reliance on food imports is urbanization. As workers shift from the countryside into new and expanded cities on China’s eastern seaboard, it creates a potential labour shortage within the Chinese agricultural sector. This may slow as a consequence of lower economic growth, but is a process which is highly unlikely to reverse. More meat is being sold through supermarkets rather than the traditional Chinese “wet” markets, and more eating out in restaurants is driving increased poultry consumption.

Food safety and weather factors
Poor animal health status continues to hold back domestic production and also the potential for exports. Foot and mouth disease is endemic within the country. There have been recurring outbreaks of highly pathogenic avian influenza and swine influenza. In 2013 the AH1N1 flu strain which is believed to have originated within pigs lead to a number of human deaths. Consumer confidence in poultry in 2014 was damaged by concerns over avian influenza. The USDA predicts that consumption of poultry meat will remain flat in 2015, with poultry meat demand also negatively impacted by cheaper pork prices. As a consequence imports are expected to decline by 2% compared with 2014.

High profile food safety scandals have not only lead to a tightening of food safety regulations, but also shifts in perceptions about the provenance of food amongst Chinese consumers. The melamine contamination scandal in 2008 saw Chinese parents look to imported infant formula from New Zealand, Australia and Europe.

In recent years an increased frequency of drought, and other extreme weather events, have increased the uncertainty of domestic Chinese food supplies

Expanding domestic production
China’s approach to genetically modified (GM) crops means that domestic production is currently forbidden, however some GM varieties are approved for import, but the approvals process is slow. It is also worth noting that the Chinese government itself has invested heavily in GM crop research, and biotechnology is designated a strategic emerging industry. Chinese President Xi Jinping has recently confirmed continued support for GM research—but called for a cautious approach to allowing commercial production, and that foreign companies should not be allowed to dominate the market. These remarks have caused some to claim that China’s policy is based on protectionism rather than science.
Foreign investment has also been a factor in boosting domestic production. Chinese companies have made significant investments in farmland in a new “scramble for Africa”, and as this production comes on stream, will this displace other exporters? China has also been exporting technical assistance to other countries; for example, since 2012 Chinese agriculturalists have been working in Uganda providing technical assistance in crop production, aquaculture, horticulture, livestock and agribusiness. China is effectively outsourcing food production to regions where land, labour and other resources are more readily available.
It is clear that despite a less dynamic economy, and some inevitable re-adjustment, growth will continue. Chinese consumers will continue to shift towards more meat and dairy consumption, along with better quality foods. This will drive not just demand for meat and dairy imports, but also significant quantities of animal feed, and also other inputs in order to boost domestic production. 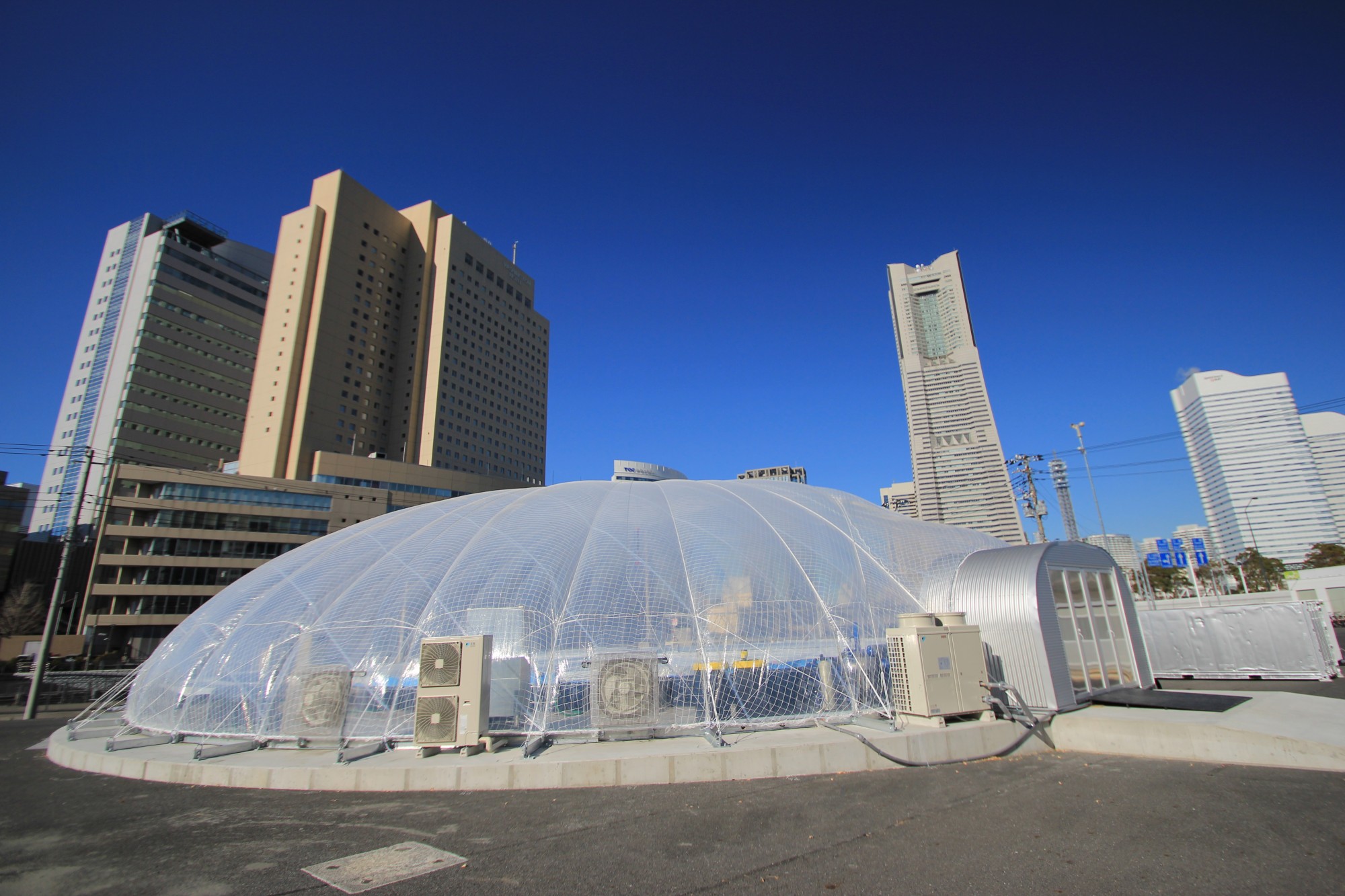 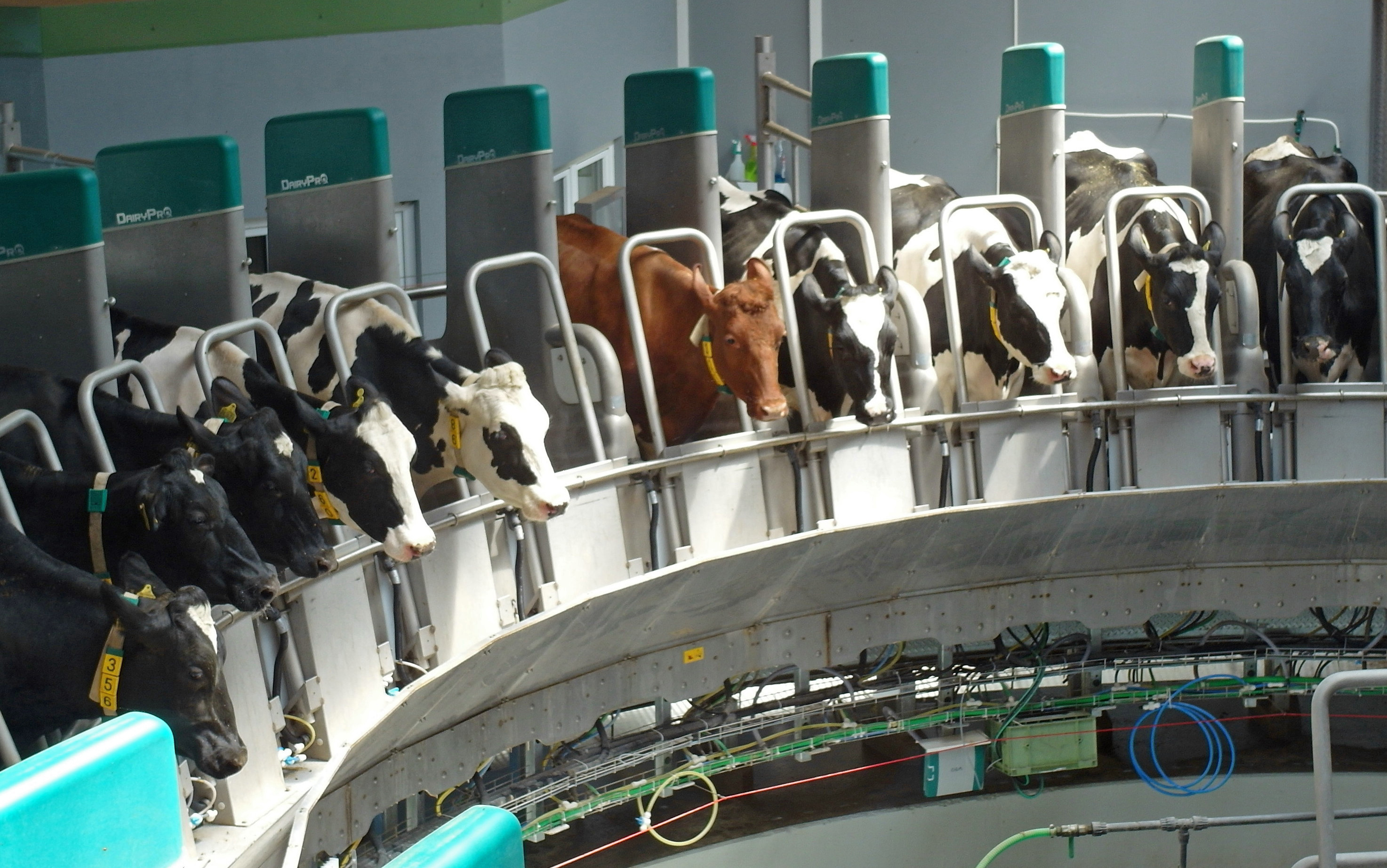 Mechanical Milkers: The cream of the crop By Jörg M. Unger There is neither shouting nor calling in…
byCate Pedersen 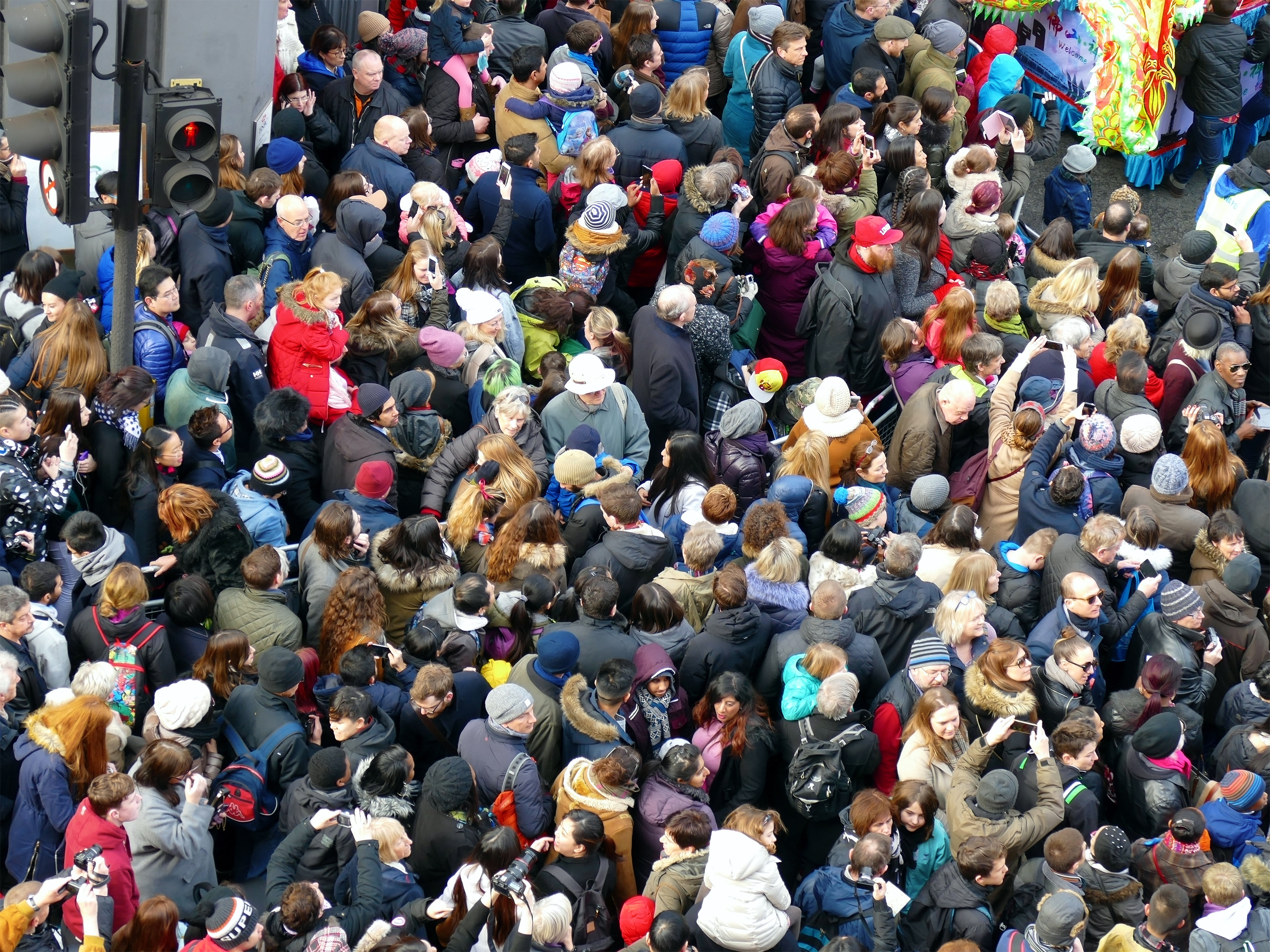