By understanding the challenges faced by those interested in farming, BC’s Young Agrarians have created accessible land solutions.

The high price of land in the Lower Mainland is nothing new, and chances are those interested in agriculture are also aware of the advancing age of the majority of farmers. It’s a vicious circle threatening our food systems: landowners with arable land may not be able or willing to farm it, while up-and-coming farmers don’t have the resources to buy the land they need.

Before the problem spins any further out of control, Young Agrarians (a partnership with Farm Folk City Folk) has stepped in to make a change. The organization has started a land matching program, not unlike a dating game, where farmers and landowners come together for the greater good. Darcy Smith is the program’s land matcher and is passionate about seeing agriculture thrive.

“We really do need to start addressing and providing space for that next generation of farmers,” Smith says. “That’s what our mandate is all about.”

The Young Agrarians works on a four-pillar approach to see new farmers succeed.

The first pillar is online community engagement including a resource map (called U-Map – maps.youngagrarians.org) to help farmers find land, supplies, funding and other inputs in their area. The second is a range of in-person events like potlucks and mixers with workshops. Then there are the land access activities that make up the third pillar: events where farmers and landowners can meet and learn about positive land-use relationships. The fourth is business mentorship to ensure young farmers have support on the land and in their business to make it work.

Of course, Smith comes in at all points, but really shines during pillar three.

“We’ve seen farmers having to move their operation every year. We’ve been watching farmers struggle with this,” she says of land acquisition.

Through Smith and the Land Matching Program, which began in June 2016, there are now three thriving farmer/landowner matches. One in Port Kells, one in Maple Ridge and one in Delta. The program is funded by Vancity, the Real Estate Foundation of British Columbia and the Ministry of Agriculture under Growing Forward 2.

Woo was one of those farmers who moved locations more times than he preferred. He’d farmed in Ontario but also worked in the restaurant industry—with the likes of Vancouver’s Fable.

“I’ve been working with food my whole life,” he says. “I always wanted to come back to farm in BC.”

At the time, Young Agrarians was looking for farmers to trial-run the matching program.

“I had a pretty particular set of criteria,” Woo notes. “I had a broad list of needs. I needed dry storage, running water, electrical access…”

Some landowners might not be able to accommodate Woo’s needs, but this is the beauty of what Smith does. She knew Woo and Feldhaus would make a great team.

“Every night I come home and I see the progress he’s made,” Feldhaus says of Woo’s work. “So, while I’ve been busy at work, he’s been busy in the field. There’s just so much joy seeing things growing in the field again.”

Feldhaus loves agriculture; but, like many landowners, his job doesn’t leave him with the time to farm. It’s his family farm—the one he grew up on while it was farmed—so he isn’t content letting it sit fallow. He knows others in the same position.

“I know quite a few people that are sitting on top of agricultural land and are wanting to do more with this and they are looking for help to maximize the agricultural potential of the property,” he notes. “It’s difficult to do that… especially if you’re working a job. This process that Darcy runs, she does all the leg work. Roger was our first person we interviewed and we recognized right at the start that we wanted to share our farm with him.”

Woo describes Feldhaus as being hands-off, but he also points out that there is encouragement.

“David is super supportive, he just really wants to see this happen,” Woo says. “The neighbours are very supportive, that community is important to me.”

It’s his first growing season on the property. Woo has cleared, prepared, and will plant a quarter acre of his three and a half acres of leased land. He sees farming as half manufacturing (plant seeds, grow food, sell food) and half investment (build land up, enhance site, add nutrients) and is focused on the investment aspect now.

“Then next year is a way easier, way less intensive process,” he says. “For this year, I’m really looking at it as an infrastructure year.”

He currently sells what he is growing to restaurants but may look at a CSA program in the future.

Feldhaus believes the Land Matching Program was tailor-made for him and others sitting on currently unproductive agricultural land.

“From the beginning to the end, I enjoyed the process of the program with Darcy,” says Feldhaus. “She will walk to the ends of the earth. She’s ready to have a conversation about what she does in the barn, the shop, the field, wherever you want.”

That flexibility is key to making things work, as is the effort Smith puts in behind the scenes. She suggests those interested start with the U-Map to see what is listed. The City of Surrey has actually created their own map, Farmable Now, which integrates with the Young Agrarians’ U-Map. Smith notes the city has been “a really great partner”.

“That’s a great way for people to connect,” she says, adding that next steps take things further. “What we do is assess landowners and land opportunities to ensure they are suitable for agriculture. We provide some education… so they know what they are getting into if they are not farmers. We also screen young farmers to ensure they are what we call enterprise ready. Then if the farmers and landowners are interested in moving forward, they register for the Land Matching Program.”

Smith will look at needs, vision, personalities and more through on-site visits and in-person interviews. When two parties are a match, she facilitates the agreements (drafted by lawyers, but annotated in plain English).

“We really want to see farmers on the land for a long period of time when they sign these leases,” she adds. “We do follow-up afterwards.”

The Land Matching Program is based on and in collaboration with the Banque de terres agricoles (Land Bank) model, currently under use in Quebec for six years, and is in partnership with the City of Surrey. Smith hopes that other communities will join in when the pilot program concludes at the end of 2017.

“This is just a dream come true that this is happening,” says Feldhaus. “Talk to Darcy. She will help you through all the steps that take you from the idea to a field of vegetables growing on your property.”

Woo’s dream is, “to build a living food university where there’s a farm integrated with a restaurant integrated with an outdoor education space. There are things in life that you are just born to do.”

Chances are he’s on his way to that dream through his relationship with Feldhaus. 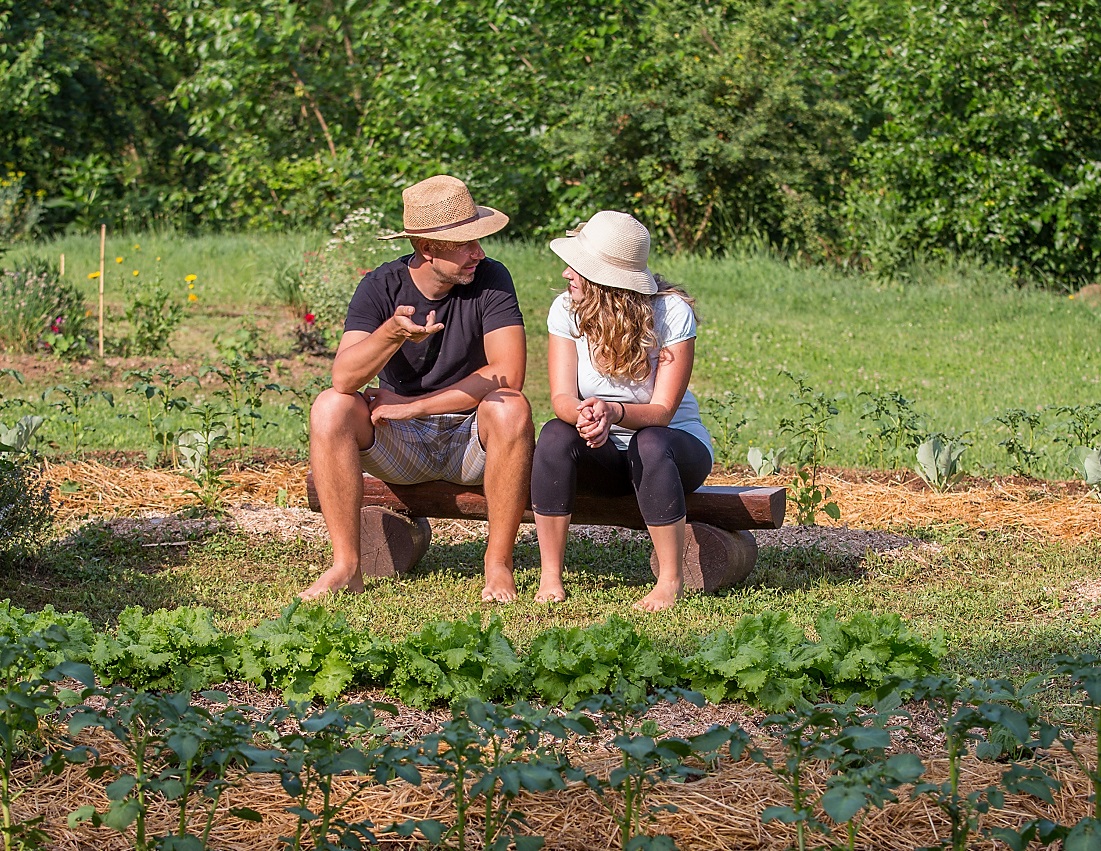 By Finlay Burrage For some, the word permaculture might bring to mind an image of a group of…
byCate Pedersen 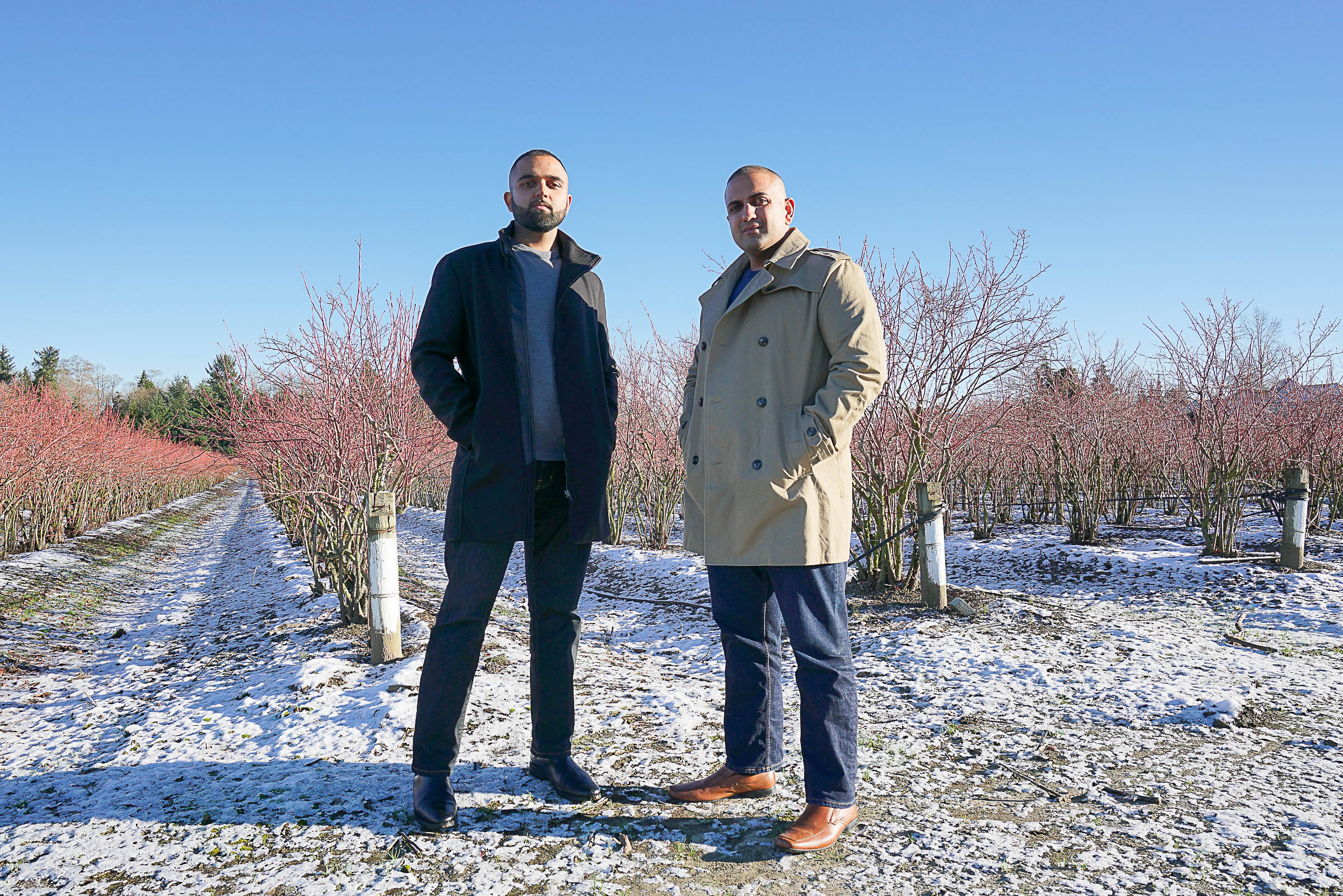 Farms in BC: A family business grounded in agriculture

Brothers Nav and Taj Sekhon have been actively involved in blueberry farming since they were young children, learning…
byCate Pedersen 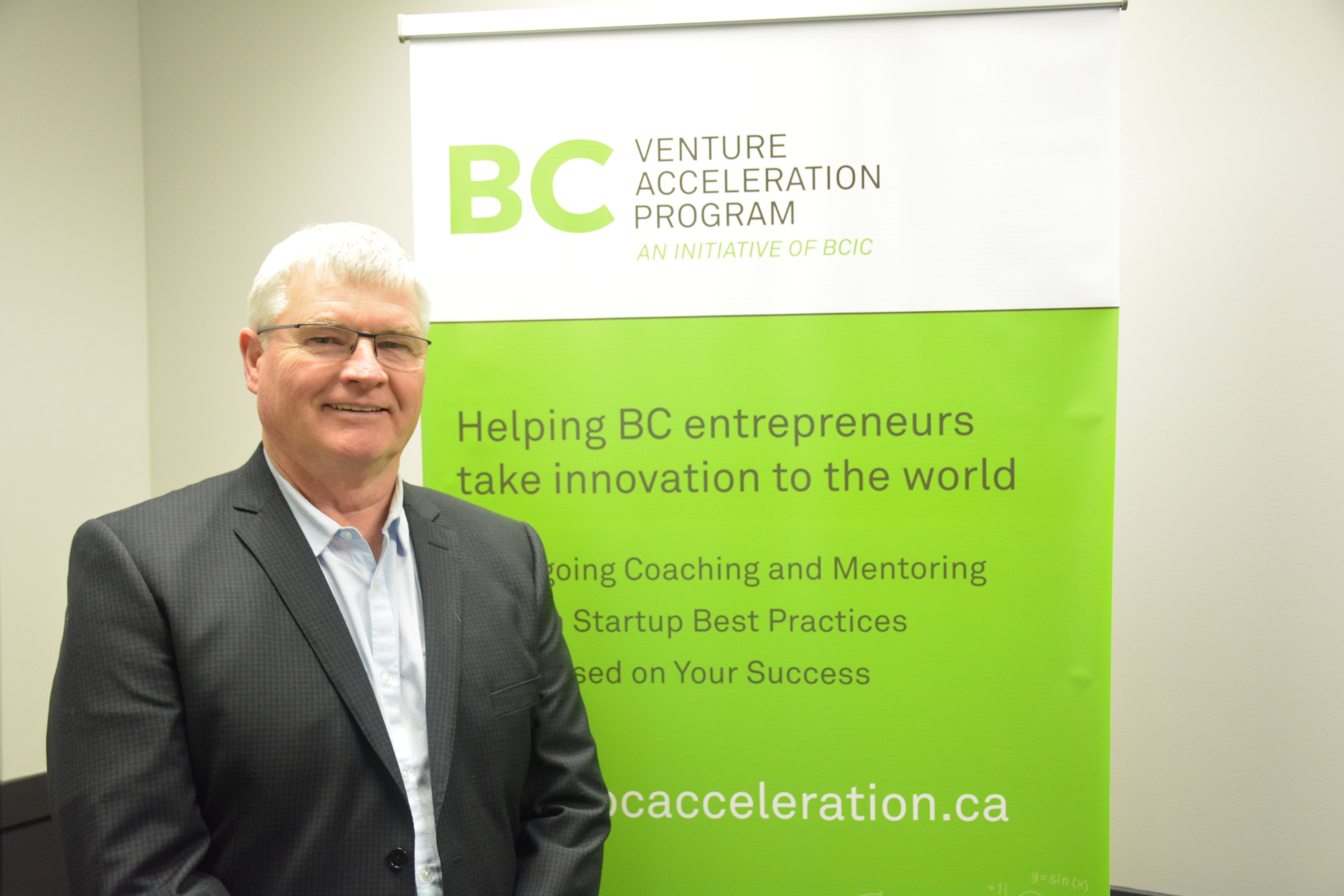